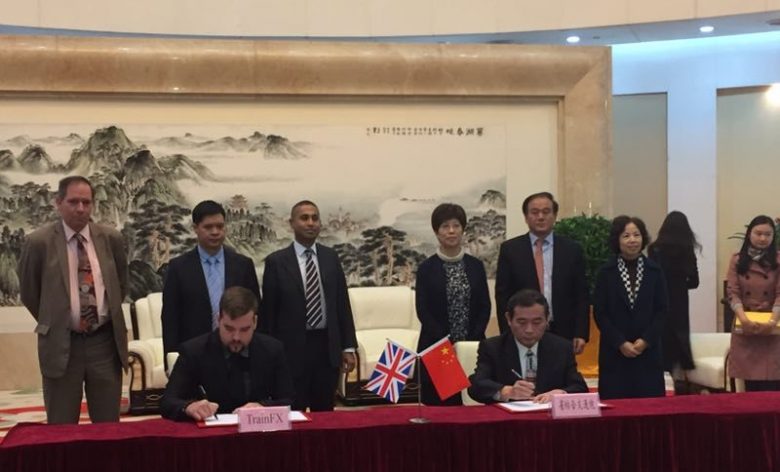 TrainFX leads by example as Derby strengthens ties with China

TrainFX leads by example as City strengthens ties with China

The “Midlands Engine” China mission, organised by the China-Britain Business Council and Midland Engine, was to establish key contacts and a spirit of collaboration, to look at opportunities to work together and drum up support for Chinese investment in our local companies and institutions. In particular, the delegation focused on promoting a partnership between Derby and the Chinese City of Hefei in Anhui Province.

Derby City Council are keen to demonstrate the benefits of foreign investment in Derby – TrainFX have already been leading the way and have become an example of what is possible.

TrainFX is one of first companies in the region to demonstrate a prosperous, mutually-beneficial working relationship with China and we are proud to be leading by example. This year, we have established a joint venture with Anhui Comprehensive Research Institute (AHCTRI) Co., Ltd, based in Hefei. This partnership capitalises on our design expertise for on-train communications systems, and AHCTRI’s local network and experience, helping us reach the international market and compete on the global stage.

Our joint venture with China provides the perfect platform for exploring further afield, not just for us but for our customers too. It is hoped this can pave the way for similar successful relationships for other Derbyshire-based businesses.

TrainFX were mentioned in a Derby Telegraph article on Monday 20th February, about a proposed twinning of the Chinese hi-tech district of Xinbei with the East Midlands city. Read more here: http://www.derbytelegraph.co.uk/chinese-delegation-wants-to-twin-xinbei-district-with-derby-as-they-have-so-much-in-common/story-30149509-detail/story.html